A few years ago, we thought my Dad was going to die. He had an unexplained malady, they were going to try and operate, but frankly it didn’t look good. However, he had time to get his affairs in order, to talk to all of us kids about various items he was leaving behind. He did a very good job of both preparing us for what seemed likely to happen, and also setting an example of a man brave enough to face “what dreams may come…”

I, on the other hand, did something fairly selfish. You see, while I don’t exactly make it a secret about being polyamorous, I also hadn’t been quite forthcoming about the true nature of relationships I had at the time. I got it into my head that he needed to know about them.

The truth was, I was the one who needed him to know. It was important to me, and so I told him, and I suspect that he would have preferred not knowing. Or, at least, not having it pointed out so thoroughly.

As it is, the surgery revealed that things were not nearly as serious as we feared, and so my father is still alive and well today. And there have been no real repercussions from my deathbed confession. I have, however, learned that part of being a responsible and loving person is knowing when to simply keep your mouth shut. At some point I will have to face death again – his, or someone else who I love. I hope that I will do better.

Recently a very dear friend of mine lost his father in a tragic and unexpected accident. I can’t even pretend to know how he feels. Empathy, as I know it, involves telling someone you have some common understanding of what they are experiencing.

But I don’t. I tried to find some way to communicate something to comfort him, because I love him, and I know that this must be terrible. For all my writing, all my research into happiness and empathy and compassion and love and life and practice, I did not know what to say. My family has a tendency to mask our pain with humor, but I didn’t want to fall into that habit of avoiding the issue.

Really, what right do I have to intrude on his grief? It is a solitary and intimate place, and no one can feel what he is feeling. The best I was able to do was to witness it, as much as possible from hundreds of miles away. I never knew his father, but I have known this comrade through some of our worst times and some of our best.

I wrote what I knew: that his father had raised a son who I could love as a brother, as a friend, and who has been such a positive force in my life that I can’t imagine what it would look like without him.

It was hopelessly inadequate. It always will be; that is the nature of death, I believe, that we who still live simply have to do the best we can until time makes it somehow easier to bear.

“Rest in peace.” I have to tell you that this doesn’t mean what you think it does. There’s this idea that it’s somehow wishing those who have passed away a pleasant journey, or hoping that they have finally laid down the burden of life.

But it’s not that at all. If life were actually a burden, most of us wouldn’t cling to it so tightly, even when we’re miserable in it. I’m not saying it’s impossible for death to look more attractive to some – we all know that happens.

As far as we’re concerned, though, once someone is gone there is nothing but peace for them. We are the unquiet ones, trying desperately to reconcile the world that was with the world that is. We are the ones who want things to be different, and the rest we so desperately seek is the acceptance that somehow they are not all gone.

That’s why we have memorials. And they can come in many forms. About a month ago, my friend Bob in Hawaii went into the hospital for what we thought was a routine procedure. It turned out to be anything but, and he never came out.

I have been honored to receive some of the tools he took joy in, along with a few of his remaining cigars, and a shirt with a funny saying on it. I treasure these, and I honor his memory by thinking of his gruff laugh and his ready smile and his wicked humor. I try to be the person that he saw me as, worthy of a great deal of his valuable time and energy and friendship.

But it’s not for him. He’s gone. It’s for me, make no mistake. It’s still a selfish act, whether it was saying what wasn’t needed to my father or saying what doesn’t help to my friend or saying goodbye to Bob in my head as I smoke a cigar.

Memorials are for the living. 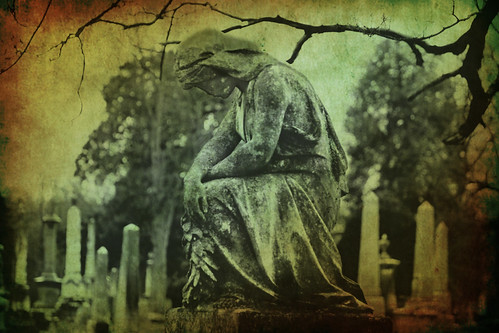