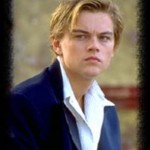 “It is the East, and Juliet is the sun.”

“Who is already sick and pale with grief…”

“That thou, her maid, art more fair than she.”

“Who the [BLEEP] do you think you’re talking to?”

In last week’s Life post I asked the question: why am I terrified of working on a life plan? The question was answered through a nightmare. I was on stage with a bunch of well-rehearsed actors and dancers. I unfortunately had no memory of any rehearsing – so I made it up as I went along.

As you might imagine in the dream, it didn’t go so well. Improv is great within the loose constraints of improv theatre, but if you are working with a tightly-knit company of actors making things up usually slows things down. I say usually, because there are a few really great improv masters who can work within a canon as rigid as Shakespeare and still make it work beautifully.

That, alas, was not the case in my dream. And it highlights why I am nervous about figuring out the script of my life: what if it sounds like those lines at the top of this post?

What if I find out I’ve been working from the wrong script?

The new word I learned this week is FOMO: the Fear of Missing Out. It’s an interesting concept that can interrupt and tarnish the experiences of life in sad, sad ways. I’m thinking of a different fear, one that is probably one of the root causes of procrastination: Fear of Doing It Wrong.

One of my best friends in high school was like that. He was brilliant, academically, athletically, and artistically. Unfortunately he also had a tendency towards perfectionism. If it wasn’t likely that he would do something right the first time he was reluctant to try it out. Worse, he passed up on many of his own dreams and hopes because he was worried that it would be the “wrong” thing to do in the eyes of his parents, his teachers, his peers.

It took him many years to finally take up the challenge of doing what he wanted, and I’m happy to say that he’s now very happy in his career and relationships. But it took him a while to get past that horrible fear that if he went off the life script he was raised with, he would suffer horrible consequences.

Like, say, living happily. No worse fate for a midwestern Lutheran-raised overachiever!

The Enemy of the Good

Perfectionism is only one of the fears that can keep us from figuring out our own life-script. Another is simply that it is not an easy process.Â  My friend found it was every bit as painful and difficult as he feared it would be. It seems the longer you put off getting onto the right script, the more painful it is to get out of the old one. It’s not as easy as yelling “Cut!” and walking off the stage.

Or, rather, it is, but as Rose Tremain said: life is not a dress rehearsal.

All the world’s a stage and we but players on it, right? So we’re walking off of that stage in the middle of opening night, when we’re the leading role. It took courage to get there in the first place, and shouldn’t you be grateful they gave you the part at all? You’re going to be disappointing quite a large audience if you decide to leave the theater and go do standup, so you’d better have a damn good reason.

Scary. If you’re not sure of those reasons for walking off anyway, if there’s no guarantee of even a bit part in anything else…maybe you’re better off just sticking to the lines you’re given.

Perfectionism is not something I suffer from (listen for the sound of everyone I know nodding vigorously). I’m much more likely to see a diving board, whoop with joy as I run along it, and as I push off of the last bouncing spring think Oh, hey, wonder if there’s water in the pool?

Wait…is there a pool?

This has led to some pretty interesting situations. Improv-as-life is a great defense mechanism against the burden of a life script: if I’m making it up, there’s no way I could be doing it wrong, right?

Wrong. Avoidance a path does not change the fact that the path exists, especially if you keep catching glimpses of it out of the corner of your eye, leading places that look pretty neat, and you’re sort of going in that direction anyway, so maybe…nope, just missed it, but hey, look at that shiny thing up there!

It’s the Wile E. Coyote method of Life Planning. You can run anywhere – up a wall, across the water, right off a cliff – with absolutely no fear of falling – until you look down. If you suddenly become aware, though, you only have time for a quick colpo di maschera to the camera before you plummet ingloriously into a far off dust-poof of reality.

Momentum is comforting: a life in motion tends to stay in motion until acted upon by a force. That force may come from inside or outside, but usually the inside ones are slightly more pleasant than those outside.

I think of Cheri Huber, one of my favorite Zen authors, who had to go through a suicide attempt before realizing what she really needed to do with her life. Not much fun when it happened, of course, but the external force yanked her out of one reality and into another.

Which is easier, making the choice to walk off the stage, or having the theater burn down Neither one is terribly pleasant, to be honest. Which is probably why most people stick with the script they’re given, right or wrong.

So that’s the warning, the thing that most life-planning sites and program at most hint at or brush off: figuring out what it is you really want, what it is that gives you meaning, can really suck. It can be the equivalent of realizing you’ve been spending a long time running as fast and hard as you can, only to look down and find out there’s nothing underneath you. The question is, what can you do about it?

And that’s a scary question, because sometimes the answer is nothing. Amy Red, though, commented last week on a different metaphor: choose your own adventure.

We’ll come back to that….

Â * Yep, still did that on purpose.